What is New York Fashion Week? 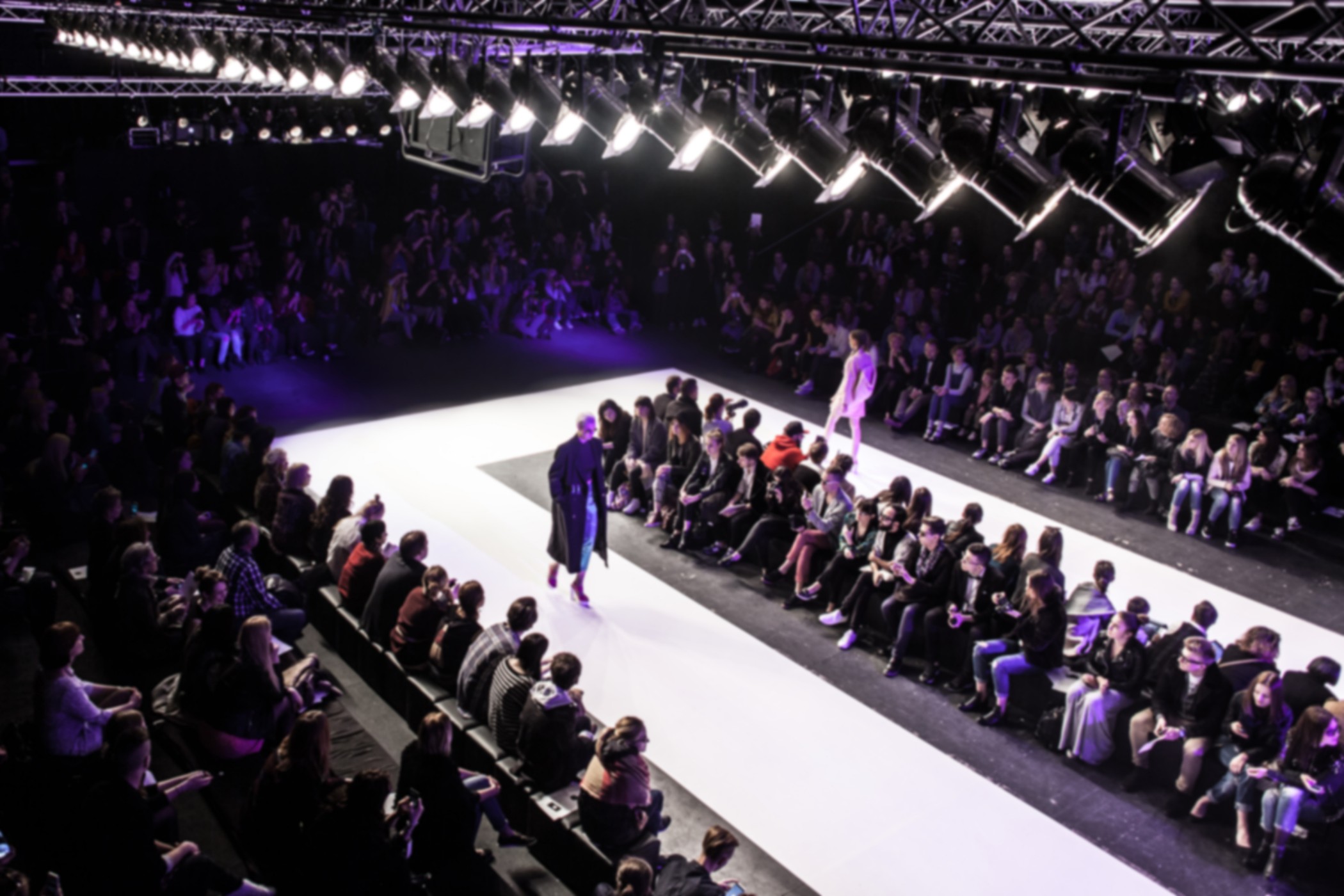 New York Fashion Week is a semi-annual series of events (typically lasting 7–9 days) where buyers, the press, and the general public may see international fashion collections. It takes held twice a year, in February and September. It is one of the world’s four largest fashion weeks, together with those in Paris, London, and Milan, collectively known as the “Big 4”.

Although cities such as London have been using their names in conjunction with the phrase “fashion week” since the 1980s, the Council of Fashion Designers of America (CFDA) launched the modern concept of a centralised “New York Fashion Week” in 1993. The New York Fashion Week is based on a far older series of events called “Press Week,” which started in 1943. The CFDA has a synchronised schedule of citywide events (including some related to WME/IMG) that it got from Ruth Finley, the creator of the calendar. The economic impact of New York Fashion Week is expected to be $887 million.

It was also designed to draw attention to American designers for fashion journalists who had hitherto disregarded American fashion accomplishments. The success of Press Week led to the inclusion of more American designs in fashion magazines such as Vogue, which had previously been dominated by French designers. By the mid-1950s, the event had earned the moniker “New York Press Week.” In the spring of 1951, New York hosted the 16th Annual Press Week (February 1951).

In the fall of 2022, New York Fashion Week was held in New York. Despite a recent surge of COVID-19 cases during the holidays, the next fashion week will continue on as scheduled, with a large number of designers planning in-person runway shows. Many prior New York Fashion Week exhibitors are returning, including Tory Burch, Michael Kors, Christian Siriano, Proenza Schouler, Brandon Maxwell, and others, while Thom Browne, Tom Ford, Rodarte, and Monse have opted out.

Which designers will display their collections at New York Fashion Week in the fall of 2022?

Designers are rescheduling their exhibits at various dates, resulting in minor changes to the schedule. For example, instead of his normal 10 a.m. presentation, Michael Kors will show his fall 2022 collection on February 15 at 8 p.m. Burch will also make an appearance on February 14 at 6 p.m., rather than on the regular Sunday. Proenza Schouler will perform two back-to-back gigs on February 11 at 4 and 5 p.m.

Despite the fact that he was supposed to complete New York Fashion Week on Jan. 24, designer Tom Ford said on Jan. 24 that he would no longer put on his fall 2022 runway show due to the outbreak. Instead, the chairman of the CFDA will release the collection as a digital look book at a later date. On Jan. 26, Thom Browne revealed that his fashion week show will be rescheduled till April 29. He too had to postpone his presentation because of COVID-19.

According to the official schedule, Rodarte and Monse will not be on the runway at New York Fashion Week. Both companies’ reps confirmed to WWD that no runway shows would be held this season.

Bach Mai, a Parsons graduate and Houston native is likely to see his designs on the red carpet in the coming years. He has worked with John Galliano at Oscar de la Renta and Maison Margiela, He dressed Venus Williams, Kate Beckinsale, and Tessa Thompson, among others. The designer will bring some much-needed couture to New York Fashion Week with the debut of his current collection.

BruceGlen is a unisex fashion company formed by twin brothers Bruce and Glen Proctor, who began their careers as designers for Sean John and American Rag. BruceGlen is known for its brightly coloured clothing and accessories, which bring out the child in all of us. The duo uses vibrant fabrics and interesting patterns in various styles, including slip dresses, sweatsuits, and their own handbag designs. BruceGlen’s Fall 2022 collection, titled “Look Mom…”, is dedicated to their late mother. It features adaptations of ’70s disco-inspired designs and tributes to her strength and high-spirited attitude.

The Los Angeles-based brand Castles & Queens is taking on the streetwear market. Josh J. Holm, the brand’s founder, takes inspiration from Los Angeles and his home in South Korea.

Greedilous, a K-pop fashion label, is already a hit in South Korea, but it’s only getting started in America. Designer YounHee Park will debut a capsule collection produced in collaboration with LG’s Tilda Artificial Intelligence research for the first time.

Interior was formed in 2020 by Jack Miner and Lily Miesmer, who met in an eighth-grade math class, according to Vogue. While people can wear the clothes on the outside, the brand’s name alludes to the “inner emotional landscape, or our interiority,” which we all have.

Since their debut a few years ago, the childhood buddies have drawn a lot of attention for their unique approach to daily apparel. They incorporate intricate forms ranging from asymmetrical cuts to quilted pieces and more.

Judy Turner is a New York-based brand launched by Conley Averett in 2018. Their products include ultra-soft pullovers and adorable chunky sweaters that are both simple and complex. Averett’s designs started as menswear but have evolved into a unisex brand that includes casual, spacious items to more fitted and feminine silhouettes.

July Li is a fashion label launched by designer Zhexin (July) Li in 2020, aiming to revolutionise the knitwear category. Li’s knits are inspired by nature’s most basic elements, encapsulating familiar sensations and emotions to create one-of-a-kind, light knits. Expect to see everything from see-through crop tops and flowing skirts to ’70s-style flares and more.

New York Fashion Week is one of the world’s four largest fashion weeks. The New York event is based on a series of events called “New York Press Week” which started in 1943. In the fall of 2022, New York hosted the 16th Annual Press Week (February 1951). 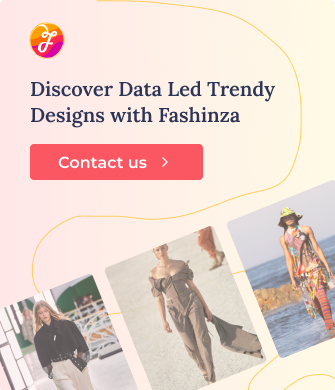 How To Choose Right Method For Garment Printing?

How To Make A Bill Of Materials (BOM)?

How To Give An Approval For Print And Embroidery Strike-Off?

The Global Fashion Trends To Look Forward To This Festival Season

Fashion Trends For All Age Groups 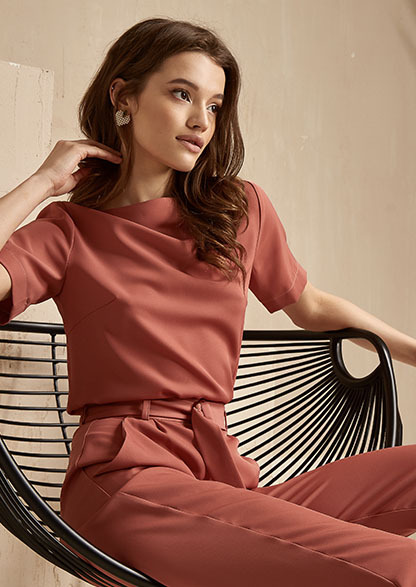