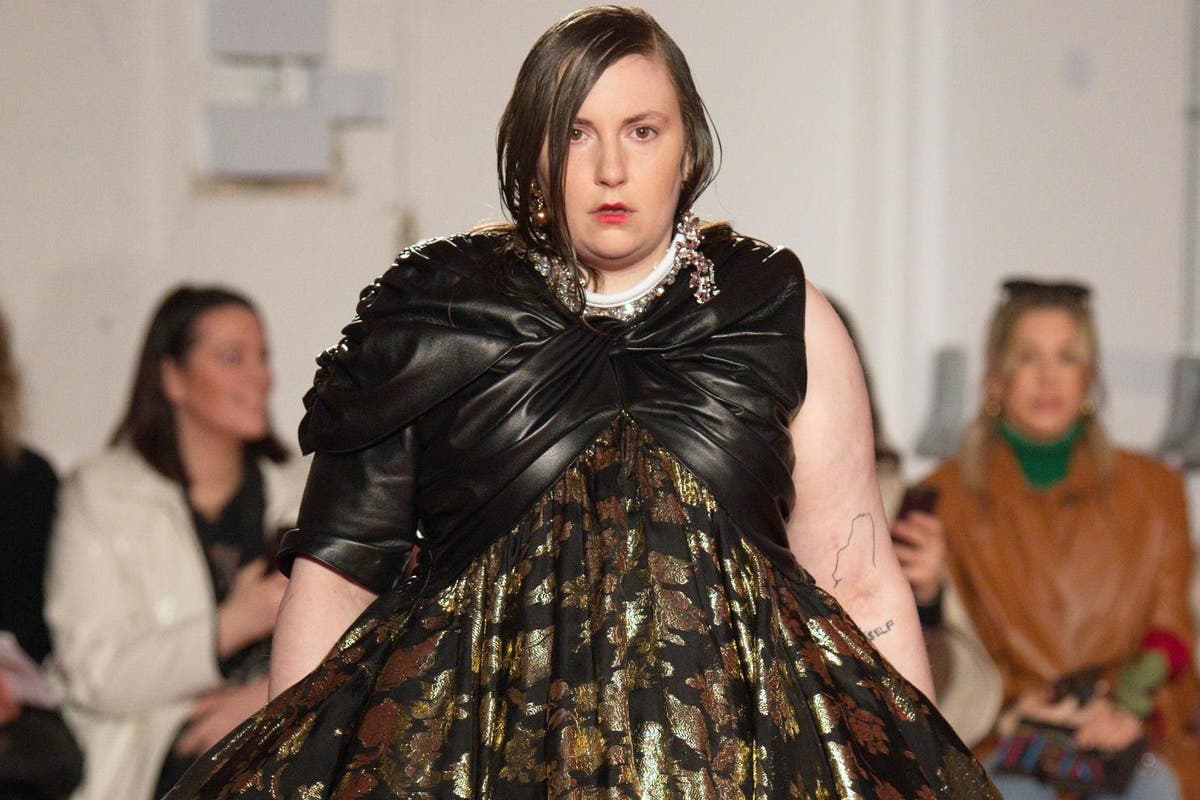 Lena Dunham attracted critics in the place of brand evangelists and fans when she launched 11 Honoré x Lena Dunham Collection. Lena Dunham went live with her new “plus-size” clothing line in collaboration with the 11 Honoré brand. The launch was a line-up post a series of celebratory tweets, Instagram posts, and an interview in the New York Times.

The luxury clothing line, which was meant to be inclusive, turned out to be “not so inclusive.”  The size range was limited from 14 to 26, the reason for a sudden attack. The entire body positivity thing turned into the mayhem of social media, and critics ravaged the small collection of five items. The collection featured a handkerchief hem dress, a white sleeveless tank, a scalloped hem miniskirt, a blazer, and a flowy yellow button-down blouse.

Accessibility is forever a challenge for plus-size fashion fanatics. The community always has a tough time when it comes to accessing high-profile wear. That’s why it creates a buzz when a promise is made to the audience and expectations are high. Such promises are unlike any other clothing launch and have the possibility of being the next fad. This is why the Lena Dunham clothing line was a disappointment since 26 was the last available size.

Erdem x Universal Standard, Dunham’s competitor, defines the ‘inclusive’ bit vividly through its exclusive line that features size till 40. Other brands that nailed the concept of inclusivity are Loud Bodies and Universal Standard. They benchmarked their size ranges to offer U.S. sizes 0 to 42, a complete line of clothing.

Brands that want to be inclusive should be inclusive in the true sense, not use the term as a mere marketing tactic. Inclusive in itself means equal access of said resources to all members of the community. The Lena Dunham clothing line clearly lagged in this since the size 26 is barely even close to inclusive. We agree it might be more than what other luxury brands have in store, but it is not inclusive enough.

The Lena Dunham clothing line fits the bill of being a midsize line rather than a plus-size one. Social media users were quick to point it out, and there was a mad rush to criticize the claims being made. Studies claim the average dress size for women in the United States is 16 to 18, and plus size brands rope in customers to the size of 28 or 4x. Ultimately, what Lena Dunham offered was a limited set of options for larger bodies.

Here is what Danielle Williams Eke, the design director at 11 Honoré, said about the private label products: “We took a lot of time perfecting the grade up to a size 26 which included multiple fittings on a range of women from size 12-26 with varying body shapes.” She further added, “Our ultimate goal is to dress as many women as possible and we are completely open to expanding past size 26 in the future!”

We cannot agree more with what the celebrity stylist Marcy Guevara-Prete had to say about the exclusive launch. “However, I think this particular collaboration is somewhat tone-deaf, the simple solution is not to call it ‘inclusive.’”

Lena Dunham’s name stands tall as the creator of the Emmy-nominated HBO series Girls. But, she is a lot more than the very label. She went through it all, a wunderkind, a writer-director-actor-producer of both feature films and television series, voice of her generation, David Remnick mentee, Golden Globe winner, and a representative of the liberal white privilege. She was featured in Vogue.

Social media and the fashion industry cruelty is a dish Lena has tasted before. It was when she walked the red carpet wearing a dress which was not a dress rightly done. The righteous step she decided to take was to explore the gaps in the market and fill them right away by launching the Lena Dunham clothing line. We see a fair attempt by the brand to go beyond size 10, the size most runway designer brands offer. While we laud the brand’s efforts, we personally believe being inclusive is going beyond size 10. The catch must be to fit every body type and ensure customization per customer. Inclusive fashion should be accessible for the majority as well as the excluded community on the overall front.

Your weekly insights on fashion tech, sustainability and innovation
We promise not to spam!

What is Pantone and why is it important?

Sneak peek into how we serve data-backed designs to our customers!

Match Your Lookbook To Your Brand Color With Pantone Color Swatch